I’ve always been fascinated with people who became super successful at an early age.

I’m talking people who figured it all out while others are still trying to “get their life together.” People who jump out of bed every morning, looking forward to going to work. People who seemed to have “skipped the line” in their careers without paying their dues like everyone else.

Some say that these people just got lucky.

The truth is, there are a few things that they know that the rest of us are still trying to figure out.

Today, I’m going to share some of those ideas with you.

1. You don’t have to pay your dues

“You don’t have to go through point B to get from A to C anymore.” — Daniel DiPazza

When we graduate school, many of us just take whatever job we can get.

We might do the whole “resume blasting” thing and try to get a job that’s kind of interesting and/or related to what we studied. And from there we can work our way up.

But in reality, with the right approach, you can shortcut your way to your dream job.

Francine Lee did a write-up where she re-designed Dropbox photos, and ended up getting a job there. 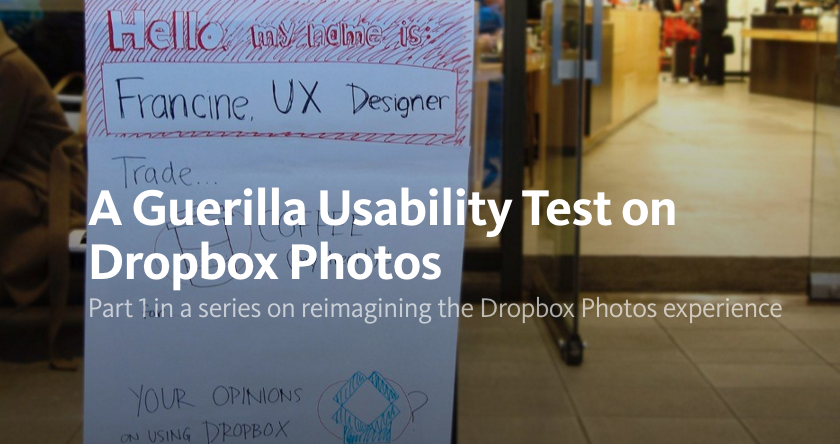 Nina Mufleh got tons of interviews after her Nina4Airbnb site went viral.

“Years of experience” is just a proxy for the value that you can bring.

If you can do the job before you get the job, and prove that you can bring value to the table, then you can shortcut your way to the top — without having to blast out a thousand resumes.

2. Don’t be realistic, alter your reality instead

You can alter your reality by exposing yourself to more experiences.

A kid from a poor family might think it’s unrealistic to get a job a company like Microsoft because he hasn’t seen anyone do it.

A girl from a middle class family might think it’s unrealistic to build a million dollar business because she hasn’t seen anyone do it.

A millionaire might think it’s unrealistic to be a billionaire because he hasn’t seen anyone do it.

If you don’t know what it takes to get to the place you want to go, that dream is unrealistic for you.

But you can alter that reality by taking time to understand what goes into those dreams.

Read books. Listen to podcasts. Consume as much information as you can from the people you admire. Surround yourself with the people you want to be like.

You’ll eventually start to think like them. And eventually, their reality will be yours.

3. There is no “passion” for you to find

Not true at all.

I had so many different interests early on.

What job would tie all of those in?

What if I chose marketing, realized I hated it, and wanted to do something totally different later?

Ugh. It was all so confusing.

Many of us find ourselves in this position at some point, and we procrastinate on choosing a direction because we’re afraid of picking the wrong one.

The truth is, there is no “right” or “wrong” decision.

Pick something that sounds interesting and get good at it. Then, you’ll become passionate.

4. Successful people are more risk averse than you think

The media seems to make people look like “overnight successes.”

So we tend to think that they take big risks. That they “make the leap” and hope that it works out.

The truth is, successful people are actually pretty risk averse.

They test everything on a “micro-level,” and only make big decisions when they can practically guarantee that it’ll work out.

But it isn’t sexy to show what they do behind the scenes, so no one sees it.

Don’t take too many risks. Find the most practical way to get to where you want to go.

5. Imposter syndrome is a good thing

The New York Times came out with this article a while ago, examining why people from certain groups do better than others economically.

It may not be politically correct to say it, but the truth is that Asian people are more successful than everyone else on average.

The biggest reason for this, according to the NY Times, is cultural. The groups that are more successful than others have 3 common characteristics:

The combination of believing that you can get to almost wherever you want to be, having discipline, and having insecurity about where you are is the formula for a successful, impactful career.

Embrace that feeling of inadequacy.

People think that if they just get a job at a company like Facebook or Goldman Sachs, then they’ll be set for life.

Not true. Having the right mentor is the real key.

Not only will you learn a ridiculous amount just by being around successfulpeople in your field, you’ll also get into their “inner circle” if you can prove that you’re legit.

And then you will have more opportunities than ever before.

For example, I worked with NYT bestselling author Ramit Sethi, he was willing to refer me to powerhouses in his own network.

It’s how I got job offers from some of the biggest marketing companies in the world. 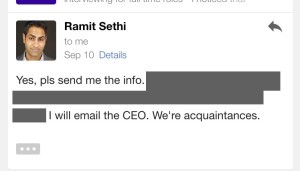 Or they might even nudge you away from mistakes that could have cost youyears of wasted time and effort.

A while ago I was considering working for someone, and one of my mentors (a well known figure in Silicon Valley) told me I shouldn’t.

That one email probably saved me months or even years of time going down the wrong path.

Surrounding yourself with the right people could lead to more opportunities than any company could ever give you. And you’ll avoid the mistakes that keep others stuck for years on end.

6. Don’t be afraid to take a pay cut for the right experience

Stanley Druckenmiller, a hedge fund manager, once said this:

“If you’re early on in your career and they give you a choice between a great mentor or higher pay, take the mentor every time. It’s not even close. And don’t even think about leaving that mentor until your learning curve peaks.

There’s just nothing to me so invaluable in my business, but in many businesses, as great mentors. And a lot of kids are just too short-sighted in terms of going for the short-term money instead of preparing themselves for the longer term.” — Stanley Druckenmiller

Literally every single old person says that the biggest mistake young people make is being impatient.

They optimize for the short term (i.e. a job at a big company that will impress their friends and family) instead of thinking about their long term goals.

Don’t be afraid to take one step back today to take two steps forward tomorrow.

In the beginning of your career, your technical skills matter the most.

You get tested on how well you can use excel, or write code, or design products, etc.

But as time goes on, those technical skills start to matter less. How you interact with people starts to matter a lot more.

Most people think that if they just get good enough at their craft, then everything will be fine.

And it’s true, being good at what you do does matter.

But you need much more than that. You need to know how to navigate the world of office politics. You need to figure out how to add value outside of your role.

You need to figure out what your company needs, and give it to them — even if they don’t tell you what it is.

8. The real education begins after college

It’s sad how many people think they’re “done with studying” the moment they leave school.

In reality, everything you’ve learned in class is largely worthless in the real world.

Successful people read as much as one book a week sometimes. They listen to podcasts. They go to conferences. They read research papers. They talk to other people who are doing big things.

That’s how they’re able to “connect the dots” between seemingly unrelated subjects, and use that insight to land more opportunities.

That’s how they see the world through a different lens than everyone else.

9. Always be getting more exposure

After you accomplish anything professionally, get online and write about it.Help someone who was once in your shoes trying to figure things out.

The bigger the audience you have, the more people will take you seriously.

10. Don’t outsource your success to your company

A prominent venture capitalist in Silicon Valley once decided to work at a coffee shop for a month.

Imagine that. Here was an insanely successful CEO standing behind a cash register. He was taking people’s orders and serving them coffee.

Most people would never even think about doing such an “unglamorous” job.

But he wanted to learn about the operations of the shop from the inside. Hewanted to understand the logistics, the systems, the bottlenecks, the inefficiencies, how often customers show up, and more.

But in reality, a company is only as good as you make it.

For someone who worked at McDonald’s to study the operations of the business, the logistics, managements strategies, etc to open a franchise business later on, working at a fast food joint would be an incrediblyvaluable experience.

On the other hand, someone who expects to be “set for life” after getting a job at a brand name company is probably screwed.

No job is objectively good or bad. It’s what you make of it.

11. The real winners never go through the “front door”

“[All highly successful people] treat life, business, and success… just like a nightclub.

There are always three ways in.

There’s the First Door, where 99% of people wait in line,hoping to get in.

There’s the Second Door, where billionaires and royalty slip through.

But then there is always, always… the Third Door. It’s the entrance where you have to jump out of line, run down the alley, climb over the dumpster, bang on the door a hundred times, crack open the window, and sneak through kitchen.But there’s always a way in.

Whether it’s how Bill Gates sold his first piece of software, or how Steven Spielberg became the youngest director at a major studio in Hollywood — they all took the Third Door.” — Alex Banayan

No one gets extraordinary opportunities by taking the same approach everyone else takes.

It’s amazing to me how many people want to land their dream jobs, jobs that thousands of people are competing for, yet they expect to get them by submitting a resume online.

That’s not how it works.

The name of the game is noticing the ‘unspoken rules’ around you, andgiving people what they want before they have to ask you.

That’s how you win.