Many of us think that we don’t have enough experience to be doing what we really want to do.

It’s one of the most common emails I get from readers. Here are some of them:

We get motivated to look for better jobs, get on a site like Indeed or CareerBuilder, click on some posting that sounds cool, and then immediately get intimidated by all the job requirements.

People say things like “just believe in yourself”, “go for it”, or “you’ll never know if you don’t try.”

But what if your last 80 resume blasts got no responses? What if you’ve been trying really hard, but everyone’s giving meaningless feedback like “it’s just not a fit”? What if you’re sick of investing hours and hours of time into stuff that seems to get no results?

It’s easy to think that “oh, I just need that ONE credential, then I’ll be set”, or “I just need 2 more years of experience, THEN I can go for what I actually want.”

The truth is, even the perfect, tailored resume  won’t get you noticed. Check out this message I got from someone with 7 years of experience who still has trouble getting interviews.

With the right approach, you can “shortcut” your way to the perfect job — usually without spending years paying your dues, or spending thousands of dollars on more degrees.

That’s exactly what Nick did.

Nick is a student in my Land the Perfect Job course. He used my some of my strategies to land his dream job as a Frontend Engineer at DoorDash right out of school — even though he didn’t have all the exact “work experience” requirements checked off.

Oh, and it came with a six figure salary. Here’s an email he sent me after landing the job:

Today, I’ll give you a quick overview of how he did it.

First, he talked to people in the companies he wanted to work in

Unlike most people, Nick didn’t immediately start blasting out resumes to every job he could find. He took a slower, deliberate, methodical approach.

As a first step, Nick reached out to people who worked in a few of the companies that he was interested in.

And he uncovered the actual objections they would have about hiring him — before he ever even applied. 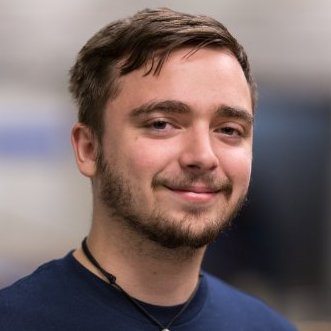 “[One concern they had] was whether I could tackle real time programming or not.”  — Nick

Nick discovered that his lack of real time programming experience was a vulnerability for him.

But instead of getting intimidated and selecting himself out because he didn’t have the exact “required experience” on paper, he took a different approach.

Next, he built his pre-interview project

Because he figured out exactly what sort of things the companies he was interested in would be looking for, and exactly what objections they would have about hiring him, Nick had enough information to create a pre-interview project.

This way, he could prove that he could do the job.

He could dismantle the biggest objections companies could have about hiring him — before they ever have a chance to think about it.

“Inspired by your pre-interview project approach, I built out a basic collaborative canvas to show that I could tackle real time programming … [and] I talked about this during DoorDash’s interview process.”

Nick built out a basic web app where people can draw on a virtual whiteboard in real time:

It took him about a week to get it perfect. But after that, he had a great new project to not only send over to his interviewers, but also add to his portfolio — so he can keep talking about it for months to come.

People ALWAYS have objections before making big decisions — especially when they’re hiring someone.

The candidates who land amazing job offers with great perks left and right aren’t the ones who look perfect on paper.

They’re the ones who are able to figure out what those objections are ahead of time, and counter them. The most effective way to do that is by reaching out to people in the companies you’re interested in (in the right way), asking them the right questions, and craft the perfect project.

I cover this process in a ton of detail in my course. Get on my email list, and I’ll let you know when it opens next.

I’ll also send you the exact strategies to make every hiring manager notice you — including word for word scripts.